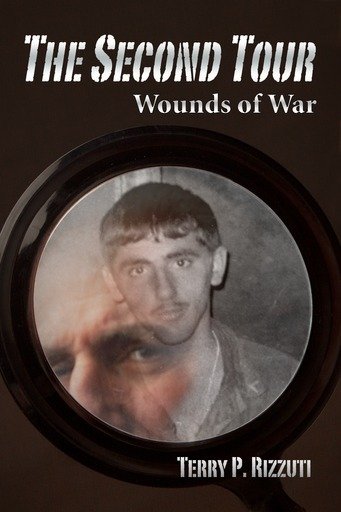 1) The Triplets: As They Lay Dying, self-published in May 2020, is contemporary, experimental fiction, a collage of short stories, poems, miscellaneous thoughts and feelings woven into a short novel spanning several generations. The Triplets showcases the disparate lives and deaths of three siblings individually struggling to survive intersecting political and viral pandemics. The subtitle is a takeoff on my favorite writer, William Faulkner, who wrote As I Lay Dying, the single book that influenced me as a student of literature, as well as launched my entire writing “career.”

3) Suffering Seacil: For Better or For Worse, self-published in March 2013, is an Antagonistic Novel, a story whose main character is the bad guy representing one of society’s major ills — in this case, he’s a perpetrator of domestic violence. In effect, antagonistic literature serves as a catalyst, a call to action, so please join me in the fight to raise our children in a culture that respects all people regardless of differences.

Suffering Seacil addresses the contemporary dysfunctional relationship between Seacil, a college professor and abusive husband; Molly, Seacil’s professionally-employed wife; and Bobby, their high school classmate and eventual Vietnam War veteran. Seacil isn’t so much a closet monster as he is the American male exposed. The story is not unusual except for local particulars. It is chilling because you meet his character-type each and every day. He’s the guy next door, the star halfback, your coffee buddy at work, your boss, employee, preacher, traffic cop, doctor. And yet, this is also the story of Seacil’s ex-wife and her friend, a Vietnam War combat veteran. It’s a story about their embracing and rising above their respective post-traumatic stress disorders. It’s a story about courage, hope, love – and our future. Suffering Seacil is available through Amazon or at Buy Books on the Web.

4) The Second Tour was self-published in Nov 2008; the 2nd edition was released in May 2011; the 3rd edition was released in October 2016; the 4th (current) edition was released with the subtitle Wounds of War in April 2022. This is a literary novel written in the Modernist tradition that explores the full range of the human condition, everything from the ultimate altruism (guys charging machine gun nests to save their buddies) to the ultimate evil ( guys killing innocents because they enjoy it). It’s a story about a two- or three-year-old Vietnamese girl whose murder haunts the narrator. And it’s a story about that narrator, a low-level Marine, about his descent into spiritual darkness and his life-long struggle to regain some semblance of a meaningful life.

The Second Tour has been adopted for coursework at the following academic institutions:

Regis University in Denver, CO, by Nathan Matlock and Dan Clayton, professors of history and directors of the Center for the Study of War Experience, for their interdisciplinary course titled Stories From Wartime;

The US Air Force Academy by Dr. Wilbur J. Scott, professor of behavioral sciences, for his course titled Military & Society. The book is a case study of PTSD in the making, and was used in his course section called “Aftermath.” Dr. Scott is author of the book Vietnam Veterans Since the War: The Politics of PTSD, Agent Orange, and the National Memorial;

And by Dr. Claudia Hauer, distinguished visiting professor, English & Fine Arts department, for an English 411 class focused on the moral and intellectual aspects of war.

The University of Kentucky, by Dr. Peter Berres, professor emeritus of political science, for use, previously, in an interdisciplinary course titled Vietnam: The Interplay of War & Culture. The course was offered in the University’s Discovery Seminar Program, a premier offering for undergraduate students along with the Honors Program.

5) The Life and Times of Bubba Lee Boatbum was self-published in Aug 2010. It was co-written with my good friend R. E. Armstrong. We wrote the book over a period of about one year by emailing chapters back and forth. Bubba is an adventure story about a chauvinist, yet lovable character who is hopelessly in love with his ex-wife. It is a wacky, fun-loving world where the narrator’s viewpoints on women, war, politics, religion and sex are shared unabashedly. The setting is mostly the Gulf Coast region during the year leading up to and immediately preceding the 2004 U.S. Presidential Election. Bubba is available through Amazon or the publisher (Lulu).