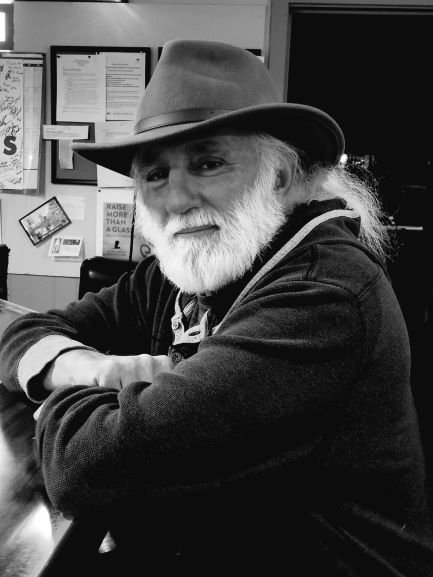 The letters mostly show an attempt by the writer to establish and maintain a lifeline with home, and thus normalcy. For the most part they are rather “typical” of chatty love letters, but every now and then there’s a jewel that reveals just how difficult things had become for the writer, but even more so just how juvenile, immature and sometimes downright inconsiderate he (I) was. So, warts and all, political and other incorrectness, misspellings and other language issues, here they are.

2) The American Veterans Cookbook: A Collection of Recipes from Veterans and Their Families was self-published in 2005. It was co-written by email with my good friend R. E. Armstrong. It can be ordered on Amazon or the publisher (iUniverse).

3) Veterans Benefits: A Guide to State Programs was published in 2001 by Greenwood Press and was also co-written with my good friend, R. E. Armstrong. We spent two years researching and gathering the data. It was the first single-point source for State information on veterans benefits, but as soon as the Veterans Administration (VA) got wind of it, all the State information appeared on their website free of charge. Thus, our dreams of a publishing a best-seller fell through the floor.

To be honest, this book is extremely overpriced, and the information in it is very dated. The publisher, Greenwood Press, was bought out in 2008 by ABC-CLIO, which makes ebook and Kindle versions available. The ebook and Kindle are also overpriced. The latest, most current State and Federal information is all accessible for free through the VA website. However, if you decide you want this book to use as a handy starting point or historical reference, I recommend you buy the ebook or Kindle version. It is available on Amazon or from the publisher (Greenwood Press).